Tom Oostrom: ‘My chief concern is improving care for the patients’

A positive approach: that's what Tom Oostrom, director of the Nierstichting (Dutch Kidney Foundation) is all about. To his mind, the Transition Programme for Innovation without the use of animals (TPI) is not just about scaling back animal testing, but about investing in human measurement models as well. And as long as we are working together towards a realistic scenario, he sees plenty of reason to be optimistic. 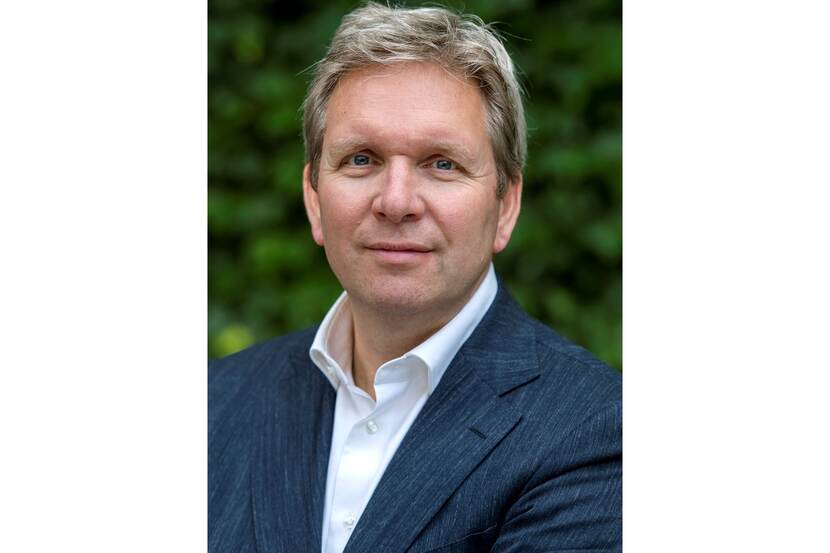 ‘I'm a doer; I started out as a nurse. My chief concern is truly to improve care for the patients. That was what drove me as a member of the think tank established by then-State Secretary Dijksma, which published the advisory memo In Transition! In 2015. At the time, I was chair of the SGF (Association of Health Funds, red.) and felt a responsibility to provide the best possible care for our target groups – which is still my brief at the Nierstichting.’

‘For me, it was a real eye-opener that animal only has a limited effectiveness in predicting how a new treatment or medicine will affect a human being. Yet at the same time – until now – animals are the only testing model we’ve had. Human measurement models are undergoing rapid development, which includes the new possibilities presented by regenerative medicine. Our knowledge on how the culture and use of stem cells is growing exponentially. What we're able to do now with organoids and labs-on-a-chip is stuff we wouldn't have believed possible only a short time ago. If you ask me, the only right way to approach a transition to less animal testing is to encourage the development of those kinds of human measurement models. By doing so, you can reduce the need for animal testing in the long run. And it's a way to approach the matter from a positive angle, which is how you get scientists on board. You give them a fantastic puzzle to be solved, an innovation challenge. Then it becomes interesting.’

‘An innovation challenge is a fantastic puzzle to be solved, which makes it interesting’

‘This doesn't mean that it's not possible to improve existing practice as well. It's indefensible, for instance, that when studies involving animal testing fail to yield results, those studies are not published, meaning there's a real risk of repeating useless experiments with animals. Another possibility is more and better cooperation between universities and institutes, so that they can make more frequent use of one another's animal testing facilities. This also reduces the total number of lab animals needed.’

Health funds spend some 275 million euros on research and innovation annually, and this budget has grown in recent years. ‘Consequently, these health funds play an important role in research and innovation policy in the Netherlands. Our Nierstichting, for example, funds around 50% of Dutch research into kidney disease. While that percentage differs from one fund to another, virtually all researchers in these areas depend on the health funds for financial support – in part because it's becoming increasingly difficult to secure funding from other sources. We have a responsibility for funding and programme development with regard to research and innovation, which is why I feel the health funds also bear shared responsibility for the transition from animal testing to human models. We can't expect researchers to realise this on their own.’

‘As health funds, we can exert an influence by establishing conditions in connection with research funding. For example, as part of their applications for funding, we can require researchers to provide thorough justification for why they have chosen animal testing rather than other models. Or we could require that they conduct a state-of-the-art study beforehand, and insist on greater reliance on human measurement models. These are ways in which we can help affect a shift in the current culture.’

Are we moving toward a world without animal testing? ‘The underlying idea of TPI strikes me as a wise course of action: more human measurement models. Still, it's difficult to make predictions. Twenty years ago, we never could have foreseen the smartphones we have today, either. The possibilities are expanding; researchers are converting skin cells into stem cells and then using those in turn to develop organs. I think that ultimately, we'll be able to dispense with animal testing entirely, although it's impossible to say when. Another thing I'm hearing from experts, even those eager to move in this direction, is that we might actually have a greater – albeit temporary – need for animal testing in order to calibrate the new human models based on the existing animal testing models. Because those are our only and best frame of reference until now. Still, it's a phase we must push through.’

This also means that explanation will remain crucial. ‘Many times, the goal of reducing animal testing is talked about in the media and politics without any mention being made of the alternatives. Everyone involved in TPI has a duty to communicate a clear vision of what it entails. That we, too, want to scale back animal testing, but that we want to achieve this not only by intervening to reduce the actual use of animals, but by investing in the promotion of more human measurement models as well. This can only be realised through cooperation: it's not until one party has taken a step forward that the other will as well.’

‘I'm pleased to have a minister that takes TPI seriously’

‘That's why I'm so impressed with what's happening under the TPI banner. Problems are being approached in an integral manner, examined from a variety of perspectives and specifically translated at multiple levels at once, including the adjustment of international regulation, in any case within Europe. This is reflected in the membership of the core group, where many people have the same drive I do, but also in the innovation network for innovative health care research. And that's why I'm so pleased to have a minister that takes TPI seriously, who makes it clear that she believes in our goal. That instils confidence.’